Funds of 2.79 million MKD were allocated for building a children’s park in Suto Orizari

The Mayor Kurto Dudush has signed a grant in the amount of 2.79 million denars for building a children’s park in the Municipality of Shuto Orizari. The funds are allocated within the Project for Improvement the Municipal Services  – MSIP implemented by the Ministry of Finance with the support of the World Bank.

The local self-government considers that more children’s recreation and entertainment parks are needed, and they also appeal to the citizens to behave with greater attention and a higher awareness of the space intended for the needs of children and youth.

Through the Municipal Services Improvement Project, 176.9 million MKD in total were allocated in nine Macedonian municipalities for implementation of capital projects and improvement of the infrastructure. 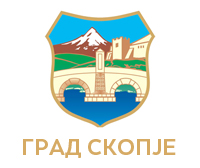